Posted on March 1, 2013 by Rudolph Rosen in Aquatic Science Reports No Comments 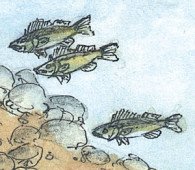 International Water Priorities and H2O featured at the meeting of four major groups dedicated to the long-term sustainable use and conservation of the Gulf of Mexico.

In February, scientists at the Harte Research Institute for Gulf of Mexico Studies (HRI) hosted a meeting that included scientists and researchers from both Texas and Mexico. Representatives came from HRI, The Meadows Center for Water and the Environment at Texas State University, Tecnológico de Monterrey, and the FEMSA Foundation. During the three-day event, attendees reported on and discussed projects to address the conservation and sustainability of the Gulf of Mexico. In addition, fresh water challenges facing both Texas and Mexico that impact and threaten the ecosystem of the world’s ninth-largest body of water were addressed.

“It was a long time in coming but this meeting was a good first step toward establishing a working relationship between the scientists and researchers from our institutions,” said HRI Executive Director Larry McKinney. “It’s one thing to communicate by email or phone, but when you actually meet face-to-face it brings things into greater focus. We anticipate that during the next year real concrete projects will emerge from this collaboration.”

Dr. Sylvia Earle, Chair of the HRI’s Advisory Board and Explorer-in Residence at the National Geographic Society was among participants. Dr. Earle warned that one of the biggest problems facing ecologists is the perception that the Earth is too big to fail. She said that, while time is running out, we could still save the oceans if decision makers will act on what scientists have learned.

According to news reports from the meeting (http://www.harteresearchinstitute.org/water-priorities-meeting-at-hri ), one of the most discussed topics was H2O (Headwaters to Ocean).

This is a joint project between the Harte Research Institute and the Meadows Center for Water and the Environment that focuses on developing STEM-based strategies to engage students in a way that creates water savvy citizens of the future
through teacher training, instructional materials, development, research and experimental education using state-of-the art mobile and interactive technologies. Dr. Rudy Rosen, Research Professor at the Meadows Center heads this project.

“Keen observers have remarked that many of today’s kids are cut off from nature and the environment, said Dr. Rosen. Research has shown youth today are less ecologically minded. Living and playing in largely artificial environments removed from nature, that can’t even identify common plants or the insects that buzz around them. Past generation’s advancements, like those originating from Earth Day, are being lost because youth just aren’t getting it today.”

Last September, the Meadows Center partnered with the Center for Geographic Education and Gary Job Corps, which offers the largest GED program in the State of Texas, to establish a program that provides STEM (Science, Technology, Engineering, and Math) training to Jobs Corps students using H2O technologies. During the classes, participants use mobile devices such as iPads to learn about water conservation. They also receive instruction on environmental and water science through special educational games and tests on the mobile devices.

In February, the Meadows Center introduced “Aquarena,” an Ipad app for use in outdoor water education at Aquarena Springs, at the headwaters of the San Marcos River. The new app, which is designed primarily for use on the iPad, but also works on the iPhone, is geared toward K-12th grade students and includes a species identification guide to the common fish, birds, plants and animals that inhabit the springs, wetlands, and adjacent watershed.

“This is a great example of melding outdoor education, which we believe will connect students with water for life, with new mobile technology which will enhance that educational experience in a way that excites kids,” said Dr. Rosen. “The app is available for free download on the iTunes app store or by visitors to Aquarena Springs. Plus, organized groups may be provided iPads for use while touring the springs, wetlands and watershed.”

Aquatic science education guides is a cooperative project sponsored by Texas Parks and Wildlife, The Harte Research Institute for Gulf of Mexico Studies at Texas A&M University-Corpus Christi, The Meadows Center for Water and the Environment at Texas State University and funding partner, the Ewing Halsell Foundation which supports the project H2O. H2O is an experiential, technology-enhanced education program focused on water, from headwaters to the ocean (https://www.water-texas.org)

H2O is an experiential, technology-enhanced education program focused on water, from headwaters to the ocean funded by the Ewing Halsell Foundation, San Antonio.